The house where friends may meet each other

THE HOUSE where FRIENDS may meet each other! 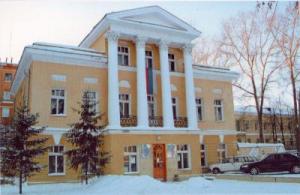 The Sverdlovsk Regional House of Peace and Friendship, founded on June 12, 1986 (International Year of Peace) is situated in one of the most remarkable historical buildings being the example of architecture of the first half of the 19th century (the House belonged to the chief forest warden of the Ural factories), which is located in a picturesque place of the centre of the city-on the embankment of the city pond. The House is a regional cultural institution whose main tasks are the consolidation of peace, the development of international and humanitarian communication in the region as well preservation of national cultures and traditions of the nations living in the Ural region.

Currently, some public organizations making noticeable contribution in the development of communication between different nations and countries are functioning in the House of Peace and Friendship. They are the Regional Russian Peace Foundation Department, The Regional Peace Defense Committee, societies of Friendship Cultural Relations with foreign countries, national and cultural societies, various fellowships, the Counsel of the World Citizens and more than 100 of different clubs, associations and funds. Among those are the following societies: Russia-America, Russia-France, Russia-Poland, Russia-Czech Republic, Russia-Spain, Russia-Japan, Bashkir, Jewish, German, Tatar and Gypsy regional societies, The Ural Ukrainian Association, Byelorussian association “Syabry”, the Regional Armenian Community “ANI”, Yekaterinburg Korean Cultural society “ Munhva”, the Regional Public Association of the Countrymen Communication Development “The Ural Fellowship”, interregional non-profit organization of the tourism development in the Ural region “Ural Association of Tourism”, the public organization “ The Centre of Public Relations of the Sverdlovsk region” and some others.

The numerous programs for the societies` activists, club members at the interests, children, youth, veterans, Yekaterinburg and Region residents are being held in the House of Peace and Friendship. Regularly there are various meetings, parties, exhibitions, concerts, festivals and contests here.

Native and foreign languages are being learned here. Besides, presentations of Russian and foreign companies, press -conferences for journalists, negotiations and protocol activities with the Regional government, the Yekaterinburg city administration are being held in the House. “ The Public Waiting Room” whose aim is to help the leaders of public associations has been founded here.

The House of Peace and Friendship is taking part in the International Demidov Itinerary worked out by UNESCO. Besides, the House is a member of various international peacemaking organizations, charities, associations and funds.

Within the time of its existence, The Sverdlovsk Regional House of Peace and Friendship became a well-known place of meetings for people of all ages, from different countries of the world, different nationalities and religions.

We will be glad to see you in our HOUSE OF PEACE AND FRIENDSHIP!

THE PRESIDENT TAGIR A. SULTANOV